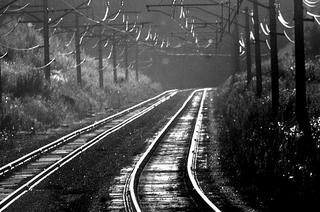 The following review of the ‘Capturing the Moving Minds’ conference was published in Il Manifesto on 2 October 2005. The Italian version is available at:

I append an English version below.

A window on the world

To move without cause, to organise without ends, to flee the war against intellect: these were the imperatives that animated the conference held on the trans-siberian train: ‘Capturing the Moving Mind: Management and Movement in the Era of Permanently Temporary War’ (September 11-20, 2005). Organised by a group surrounding the online journal Ephemera: Theory and Politics in Organization (http://www.ephemeraweb.org/index.htm) and affiliated with Framework: The Finnish Art Review and the new Italian journal Conflitti globali, the conference brought together activists, artists, mobile communication experts, filmmakers, musicians, and researchers of all stamps. In reality, this moving event was something more than a conference. The rhythm of the train, the changing landscapes, the interactions with strangers, the border controls and currency exchanges: all imposed contingencies that demanded constant interrogation and shifts of perspective. At the same time, the train functioned as a kind of protective shell, like the set of a reality TV show, removing the participants (their discussions and creations) from the world that flitted by outside. Yet, in this isolated space, there was time for rumination, intimacy, withdrawal, and debate—an ongoing group dynamic, fight or flight, contained by neither the many nor the one.

It is not difficult to criticise an undertaking like this: a pack of intellectuals, activists, and artists, predominantly white and English-speaking, speeding past impoverished towns, disputing the finer points of immaterial labour while aestheticizing the crumbled factories on the way. To be sure, the paradoxes of this situation were sharpened as the train continued on its arrogant line, like Benjamin’s angel, but with its face unturned, oblivious to the storm behind. The outside world, as it were, reacted back on the group, sparking internal dissension, stunts of devil’s advocacy, and, in the case of one participant whose passport was stolen, delicate negotiations at the German consulate in Novosibirsk. It is tempting, following the formulation of another participant, to characterise the event in temporal-historical terms: a bunch of people from the twentieth century, hurtling past nineteenth century villages on their way (like the business leaders of our times) to find the twenty-first century in Beijing. But a mere stroll around Beijing, let alone Moscow, reveals the limits of this elegant summation.

In these former second world cities, the first world implodes upon the third. All the global divisions can be found in a single locale. The petrodollars that swell the pockets of the Russian oligarchy do not trickle down. The houtons of Beijing, rapidly being cleared for the 2008 Olympic Games, border on corporate skyscrapers and department stores. As the local participants in both Moscow (Michael Chernyl) and Beijing (Zhiyuan Cui and Wang Hui) insisted, the concept of capitalism is too wide to explain what is happening in these urban laboratories. If, as Deng Xiaoping once said, ‘we do not know what socialism is,’ perhaps today we need to add, ‘we also do not know what capitalism is.’ For it is the very precariousness of capital, its constitutive exposure to venture and risk that makes it impossible to isolate as an empirical object. As that most abstract of abstractions, capital produces an –ism to which nothing (but almost anything) can attach. Doubtless, this is why it propagates so incessantly. And perhaps this is also why the power that it breeds is so mad, indeterminate and arbitrary, no more so than at a time of seemingly permanent war.

It was the emergence of the new forms of global control (which find their principal mode of being in war) that occupied the conference’s critical core. Beyond the state of exception, beyond the borders and fences, beyond the humanitarian tragedies and suicide bombings, there operates a new and seemingly pure power that functions without institutional legitimation and seems to change day by day. The control of the mind, of collaboration between minds, of feelings, affects and the generic human capacity to relate is the borne of this power. Under its sway, politics melds with productivity and the primary struggle becomes a fight for the free use of human minds. It is no longer a matter of this or that issue, this or that injustice. When power becomes detached from any single logic or rationale, all that remains is to stay on the move, to meet its madness with a delirious rigour that shifts, twists and compulsively derails. With such movement, there emerges a variety of experience that motivates itself and, in so doing, acquires the quality of an experiment—a kind of pure theoretical practice that attempts to create something new. This, in essence, was the gambit of the conference, locking away forty brains and bodies in a train and leaving them to sense as well as cogitate. Can there, could there emerge from such an experiment a new form of politics, another way of being, within and despite the frenzy of global control?

The trans-Siberian journey was kind of learning without pedagogy, an exercise in improvisation as much as organisation, a passionate encounter where relations by hand, touch, and intuition (although not necessarily physical) outweighed those that occurred on the cusp of understanding. Beyond the lands of the Roman alphabet, with only one Russian and one Mandarin speaker, the signs become illegible and the entire symbolic realm of language begins to fall away—imposing itself as a kind of barrier, sure, but also opening new vistas of intimacy that are neither communicative nor symbiotic. To buy food on the platform, one was left only with the hands—pointing, counting the fingers, expressing gratitude by joining the palms. Some used digital cameras to display the items they wanted to purchase. But this gestural economy, importantly motivated by commodity exchange, could not go unnoticed by the group. Obsessed with the movement of the economy from the limited sphere of rationality to the in-born and adaptive human faculties, the discussion constantly veered back to these chance encounters. Perhaps because this accidental ethnography—more than the internal group dynamic—registered how the purity of experience is always contaminated by contingency and context.

The memory traces of this event were already under construction before it began. Part of the process involved the use of newly invented ‘mobicasting’ software to feed images and sounds via mobile phone from the train to a website (http://www.kiasma.fi/transsiberia) and display in the Kiasma Museum of Contemporary Art in Helsinki. An exercise in the assemblage of an open archive as much as an act of intellectual tourism, the conference sought to build common resources for creative political expression. Nor has this generativity ceased with the dispersal of the participants, each of whom came and left with his own baggage. As the object of journal issues and art exhibitions, one of which will be held at the Villa Croce museo d’arte contemporanea in Genova next summer, the process goes on. Disposable cameras distributed to non-conference travellers on the train will be sent to a studio in London, film rushes shot on the journey will be stitched together with others, digital video of an action carried out at the Russian-Mongolian border will provide source material for media art, a manifesto about a network of networks will be penned. But these material products should not be considered ends in themselves. The point of the conference was to institute, through the sheer experience of movement, a mode of being that reveals itself phenomenologically—a way of living without opportunism or fear, paralysis or submission. Such a strike against boredom, or activism for the sake of activism, has no outcome. It exists only in the present, somewhere between departure and arrival, in the thick of the night, when the movement seems to slow and the rhythm of the train at once wakes you and lulls you back to sleep. In this time and space, there is neither dream nor calculation, transport nor retreat, but only the incessant clang of metal on metal.
Posted by bmn at 1:31 AM