Crisis as an allegory of production 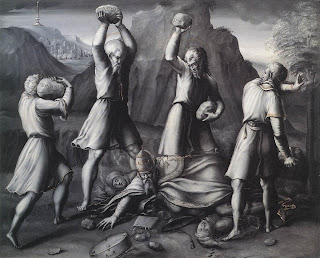 The following piece was published in Re-Public: Re-imagining democracy (also in Greek).

There is an apocryphal story about the Chinese word 危机 (wei ji) that signifies crisis. Combining the genres of business self-help and Orientalist takes on current geopolitical shifts, the fable circulates that this word is composed of two components respectively signifying danger (wei) and opportunity (ji). While Sinologists have debunked this myth, the story nevertheless resonates for both business class travellers hoping to cash in on the current economic turbulence and those leftists who believe each announcement of a crisis leverages the chances of radical political change. Since the downturn of August 2007, proclamations of an end to this and that have proliferated: the end of neoliberalism, the end of corporate profligacy, the end of the post-Cold War era, the end of the West, and in some versions, even the end of capitalism.

These hasty judgements are all too preliminary and teleological. While the intricacies of Chinese language have no necessary connection to current economic and political conditions, it is worth pushing this point a little further. As Victor H. Mair explains on pinyin.info, danger + opportunity ≠ crisis. According to Mair, the part of the Chinese word taken to denote opportunity (ji) implies in this context ‘incipient moment’ or ‘decisive point’. Taken alone it indicates ‘quick-witted(ness)’ ‘resourceful(ness)’ or ‘machine, device’. Crisis might thus be a moment of peril, a point of decision or a machine that rolls out ever more dangerous concatenations and connections. Indeed, one of the most dangerous links perpetuated by this machine may be that which joins economic turbulence to political opportunism. What is the point of investing in the expectation that capitalism, or even neoliberalism, will collapse? Hope is as inadequate a political emotion as articulation is a conceptual basis for political struggle. While the former encourages desires about the future that reverse nostalgia and encourage inaction, the latter posits mere connection as a substitute for political relation. Breaking the articulation of crisis and hope is one of the most urgent tasks of the moment.

This should be no cause for pessimism. There is as little reason to abandon enjoyment of the crisis as there is to believe anxiety can be quelled with shopping or expectations of the next bubble. Instead of merely looking for links or seeking to join dots that articulate this to that, there is a need to translate across regional, historical and political contexts. At stake is not an economy of connection between distinct entities but a complex and multidirectional movement that is attentive to overlaps, diffractions and temporal dissonances. In such a morass of convergences and incongruities, it is possible to acquire a sense of how the machine of crisis works. Such a machine is not a technical apparatus used towards a defined purpose. Rather it continuously spirals beyond itself, generating modes of subjectivation and socialisation. Capitalism needs crisis to renew itself. This is why its machine lays out links and boundaries that appear to elude control and mutate of their own accord.

Take the US-China axis, which time and again is cited as the primary line along which the balance of the crisis rides. Too often the drawing, twisting, breaking and swirling of this line is obscured in a mist of binaries: East/West, credit/debt, future/past, emergence/decline, totalitarianism/democracy, production/consumption, hoarding/profligacy … opportunity/danger. Corollary to this is the fantasy of manipulating the binary and thus also overcoming the crisis, whether through a retrospective morality of prevention or a future projection of recovery. Who knows what would have happened if Chinese workers had been better paid or there had been less reliance on their US counterparts as ‘consumers of last resort’? Questions like this abound. But there is danger in approaching internally heterogeneous and interconnected labour forces as if they could be seamlessly homogenised into national blocs, correlated with the aggregate economic forces manipulated by central banks, and only then brought into relation. Whether posited as a basis for solidarity or an incentive for competition, there is a moment of separation that almost inevitably issues in the bind of free trade or protectionism. Despite the noise around this divide, it presents an analytical dead-end that affords no possibility of grasping the historical developments that may proceed from the changes at hand.

It’s not by accident that this article begins with a story about translation. Translation is often understood to join or build a bridge between cultures. But it can also be a device of separation or bordering, which posits the transfer of a message from one side to another, and, in so doing, presupposes the existence of two separable and distinct unities. Furthermore, translation is one of the fundamental modes of operation of global capital. Everyday capital must translate the movement and cooperation of living bodies into the ‘homogeneous and empty time’ of the capture of value. Today the financial system is the most sophisticated machine for accomplishing this capture. It is worth remembering that, for Marx, such capture involves a process of abstraction. Only when it is abstracted does labour become measurable. There is always a temptation in moments of economic turbulence, when the inadequacy of such measure becomes manifest, to search for the concrete – to peel away the layers of abstraction as if they were so much chicanery. Behind this lies a search for the ‘real economy’ or a dream of recovering labour at some moment in which the value it produces can neither be abstracted nor exchanged.

To make sense of this tendency it is necessary to translate across historical periods, if not across different episodes of economic crisis. Derivatives, stocks, the individual capitalist – all represent different degrees of separation from ownership that introduce new layers of liquidity into the social relations of capitalism. When the machine of crisis begins to unroll its dangerous measures, there is a propensity to blame or advocate the stripping away of the latest layer of capitalist organisation. Whether in the current frenzy to identify activities of hedging and short selling as ‘criminal’ or the polemic against the ‘joint stock company’ at the time of the 1857 financial crisis, there is a longing for practices of regulation that promise to solidify all that is liquid. How are we to understand this wilfulness to ground the headiness of capitalist speculation, which more often than not resounds with an appeal to state power or the fantasy of extending this power globally?

It is worth remembering that the Physiocrats founded the concept of productive labour literally on the ground, in the context of agriculture. Writing in 18th century France, they shifted the debate about the origins of surplus value from the sphere of circulation to the sphere of production. But this was a shift they accomplished only in the narrow domain of agriculture. For the Physiocrats, the production of goods and services was the mere consumption of the agricultural surplus. As Mario Tronti explains in Operai e capitale:

It is possible to discern similar efforts to ground capitalist production in debates about the current economic situation. In this case, the cleavage is not between agriculture and the production of goods and services but rather between industrial production in the frame of the multinational corporation and the new financial layer of derivatives. The latter is seen as the mere consumption of the surplus created by the former or as a realm of profit without accumulation. Thus the figure of parasitism proliferates – not to mention the theme of usury evident in some discourses about the conduct of bankers or the supposed Chinese tendency to hoard. Accompanying this are new assertions of the dignity of labour – neither abstract labour nor labour power – but concrete labour conceived as a ‘gift of nature’, and thus to all extents and purposes deserving of going unpaid.

Far from profit without accumulation, contemporary finance capitalism has involved a change in the very practice of accumulation. From the time of the rupture of Fordism in the early 1970s, there has been a tendency to loop those forms of labour that traditionally eluded abstraction into the productive cycle. Capital has colonised not only the sphere of production but also that of reproduction – not only the forms of affective and relational labour traditionally gendered as feminine but the entire set of communicative, linguistic and emotional capacities required to keep things ticking over in the post-Fordist workplace. Perhaps it would be more accurate to say that the barrier between productive and reproductive labour has been erased by the new regime of accumulation that has now entered into crisis.

But the movement of reproductive labour into the sphere of production has not been accompanied by its valorisation. More often than not, the work of relation, affect or translation goes unpaid. Google is perhaps only the most obvious example of a firm whose ascendancy has been built on free labour – the click patterns of Internet users taken as a ‘gift of nature’. Such a ‘gift’ is the basis of the new forms of accumulation manifest in the economy of data mining. But this move to accumulation based on relational and communicative labour processes also means that the crisis cannot be reversed by returning to industry – by building bridges and infrastructure while waiting for the economic cycle to turn.

Financialisation has irrevocably altered the politics of desire, just as globalisation has irreversibly changed the politics of space and time. Nobody knows how the machine of crisis will next turn. The response that assumes that this latest phase of capitalism will usher in something better than neoliberalism is as inadequate as the assumption that recovery will descend like a deus ex machina. We are left to dwell in uncertainty. But this calls for neither hope nor despair. One of the worst things about uncertainty is the way it generates expertise. This must be strongly disavowed. Making sense of the crisis requires not expertise but continuous translation across regional, historical and political contexts, which also means a continuous encounter with the untranslatable. This kind of encounter demands a very different variety of translation than the homogenising capture of capital. At stake is the invention of new forms of intimacy that combine the common with the foreign to create subjective and institutional forms capable of negotiating the current transition. Any politics adequate to the uncertainty of the moment must valorise this work of translation.